WHAT THE COMMUNITY SAID

During meetings with Area 3 residents and business owners, having safe and efficient access to jobs, schools and shopping centers was identified as one of the community’s biggest obstacles. Fortunately, Area 3 has a good street network that distributes traffic across multiple corridors, but some of those corridors are not safe for pedestrians or cyclists.

While Area 11 residents like the close proximity to shopping, when asked in the Kickoff Survey what they disliked about Area 11, issues related to transportation garnered five of the six most frequent responses.

In fact, transportation issues were mentioned as the most critical issue facing Area 11 today—more than any other.

When asked what people would like to see more of in Area 11, the top six responses included greenways, sidewalks, traffic calming, and bike lanes. 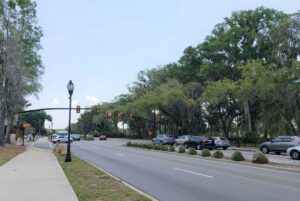 Portions of Shallowford, East Brainerd, and Gunbarrel Road are at, or nearing, their capacity.  Congestion on these major roads is a result of: 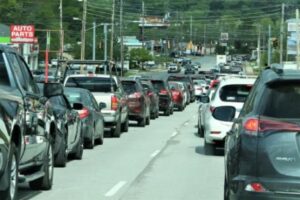 In a disconnected street system, the traffic from subdivisions with cul de sacs and only one entrance from a main road must all funnel onto the same few major streets. While these cul de sacs and single entrance subdivisions provide privacy, they also contribute to the congestion on major roads that may already be filled with regional traffic.

Costs of Roads & Sidewalks
In the Regional Transportation Plan, which prioritizes federally-funded projects over a 25-year horizon, the emphasis has shifted from new roads and widening to maintenance of the existing infrastructure. Even then, with more transportation maintenance needs than revenues, the City struggles to maintain the 2,327 lane-miles under its jurisdiction. One lane-mile (a single lane of traffic) costs about $351,000 to resurface and $1,466,000 to rebuild depending on the use and classification of the roadway (FHWA, 2013). For new sidewalks, the City typically budgets $500,000 on average, per year, across the entire city. That amount pays for about a half-mile of sidewalk.

Governments must also balance transportation projects along with many other community needs, such as fire and police protection.

Transit
While the vast majority of people still rely on cars, transit service that is fast, frequent, reliable, and takes people where they want to go can provide a viable alternative. Studies show that people who live in walkable neighborhoods are more likely to ride transit. For others who do not own a car, transit is often a necessity.

CARTA’s Route 4 - which runs from downtown Chattanooga to Hamilton Place - has the highest ridership of any other bus route in Chattanooga.

"Walksheds"
Based on the existing street network, approximately 3,201 households are within a half-mile walking distance to a park, bus stop, public school, or grocery store in Area 11. These “walksheds” are primarily located along the Gunbarrel and Goodwin Road corridors and parts of East Brainerd Road. Locating residents (especially multi-family developments) close to jobs, goods, and services makes other transportation options, such as biking, walking and transit, more feasible. These locations may therefore present the best opportunities for investing in additional, and improved, sidewalk and bike connections, providing some residents with alternatives to driving for short trips. 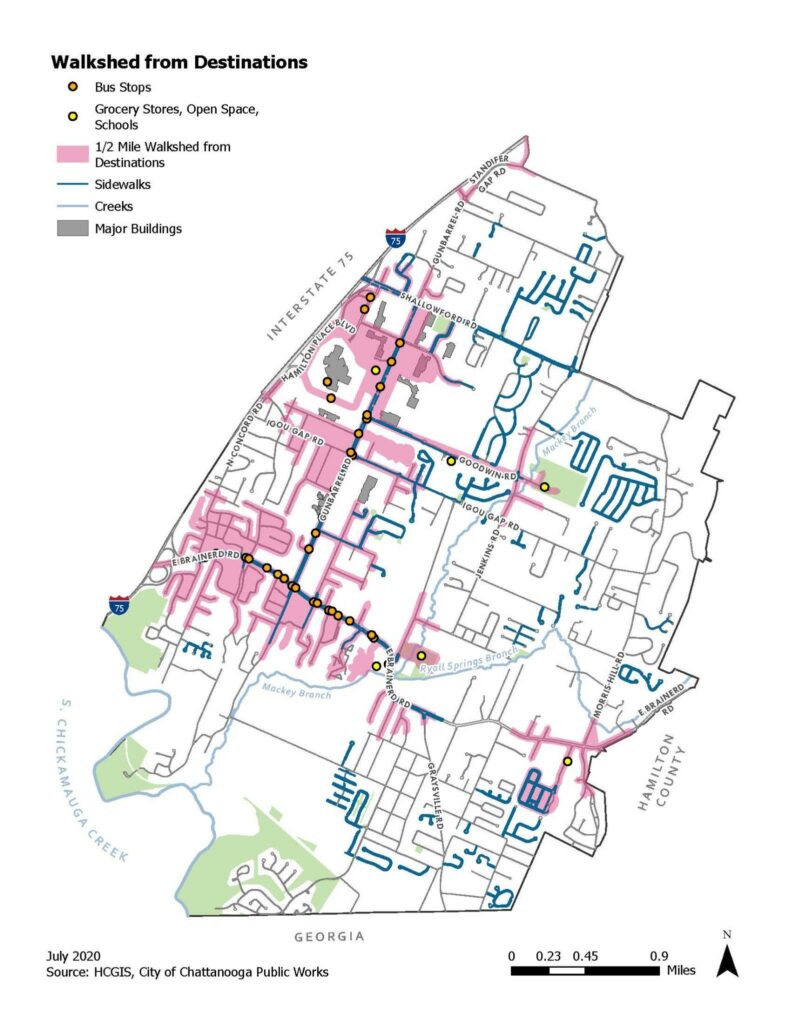 Widening Roads
Unfortunately, due to the causes of traffic congestion mentioned above, there is no easy, quick, or inexpensive way to alleviate congestion in Area 11. The spread-out development patterns and the disconnected street network are physical realities that have existed for many years and will be very difficult to address.

Widening roads may help alleviate congestion in the short-term, but it is not a long-term solution, as many years of experience across the country have proven. Within a few years, much of that new road capacity tends to be absorbed by increased vehicle trips. This phenomenon—referred to as “induced demand”—is described below. 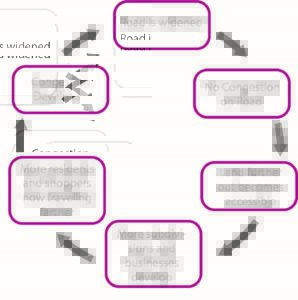 Other Transportation Modes
Transit requires a lot of people in a concentrated, walkable area to be efficient. Single-family neighborhoods are typically not dense enough to support transit. Multi-family housing and a cluster of walkable commercial uses in close proximity to each other are needed for transit to be feasible.

Adding sidewalks and bike lanes can take a few car trips off the roads—especially to nearby destinations—but those numbers are limited, and as mentioned above, even new sidewalks are expensive and municipal budgets are limited. Therefore, any new sidewalks or bike lanes should be located where they can have the greatest positive impact.

Cities across the country—Denver, Minneapolis, Charleston, Austin (to name a few)—are redeveloping commercial sites and corridors with a cluster of new uses to better align with their existing transportation infrastructure. Many of these redevelopment sites include a mix of two or more uses, such as:

In Chattanooga, creating such walkable commercial centers, with a mix of housing included, will require a change in the existing zoning codes. 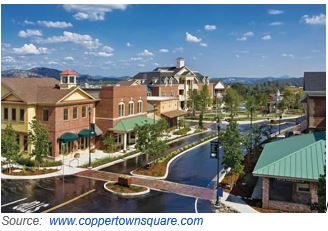 Given the complex causes of traffic congestion, and the costs of potential solutions (building new street connections, widening roads, clustering new development, providing sidewalks, bike lanes, and greenways) traffic congestion is likely to continue in Area 11. While cars are certainly the primary mode of transportation for most people in this area, having a variety of viable transportation options provides choices for everyone—including those who cannot drive.

YES, I've read the background information and I'm ready to take the survey!
BACK to Area 11 Plan: Home