Washington, D.C. –  Changing people’s minds about the practicality and convenience of using a bicycle instead of car to drive to work, complete a errand, or go on a nearby outing is neither simple nor easy. Yet, the idea of using a bicycle to get around town is not only gaining popularity in Chattanooga, Tennessee, but also national attention.

The American Planning Association (APA) has selected Chattanooga as recipient of APA’s 2007 National Planning Excellence Award for Implementation. The city completed a comprehensive bicycle plan in 1980, but efforts to act on the plan did not gain speed until 2001 when the city’s Bicycle Task Force developed a list of specific goals including expanding the number of miles of bicycle lanes and signed routes in the region.

“Chattanooga has shown a deep commitment to realize the goals and vision of its ambitious bicycle plan,” said Carol Rhea, AICP, chair of the APA Awards Committee. “Already they are approaching the 200 mile mark in terms of the amount of new, existing, or previously planned routes, lanes, or multi-use paths for bicyclists,” Rhea said, noting that the region’s bicycle network eventually will be 400-plus miles long.

These efforts by the City of Chattanooga and Hamilton County, Tennessee, will be recognized at APA’s National Planning Conference during a luncheon ceremony scheduled for April 17, 2007 in Philadelphia. In addition, a 30-minute video about all of APA’s 2007 National Planning Excellence, Achievement, and Leadership Awards recipients will be shown at the luncheon. Also, the accomplishments of Chattanooga and the 13 other 2007 awardees will be highlighted in the April 2007 issue of Planning magazine and on the APA website (www.planning.org).

“Partnerships have been the key to expanding use of bicycles in the region,” said Melissa Taylor, senior planner with the Chattanooga-Hamilton County Regional Planning Agency. “Without the high level of cooperation between public agencies and private organizations, we could not have accomplished as much as we have during the past six years,” she added.  Among those accomplishments have been completion of a $50,000 Chattanooga Bicycle Facilities Master Plan that provides a blueprint for undertaking $24 million in bicycle lane and route improvements in the region during the next 20 years. Already $300,000 in federal Surface Transportation Program funds have been used to create 28 miles of dedicated bike lanes and share-the-road bike routes, place bike racks on public buses and throughout downtown Chattanooga, and published bicycling brochures and bikeway maps. “Chattanooga citizens can expect another 30-plus miles of bike lanes and routes next spring,” adds Bicycle Coordinator Phil Pugliese.

“More and more residents are excited about bicycling. Since 2002 we’ve seen a steady increase in the number of people riding bikes to work, to community events and for recreation,” Taylor said, adding that 10 communities in the region have adopted the 2002 Bicycle Facilities Master Plan. “Our area is on it’s way to become one of the country’s leading places for bicycling.” For more information about bicycling in Chattanooga visit www.bikechattanooga.org or to download the Bicycle Master Plan CLICK HERE. 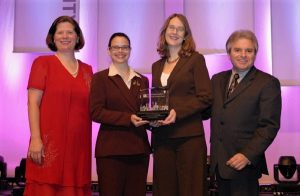